AXISfilm uses he latest technology and most competent service for television broadcasts, recordings and events. It specializes in providing mobile solutions for major events.
AXIS Filmproduktion GmbH services run the gamut of film and video production, including live productions and live broadcasts. Our very own modern equipped HD broadcast van has proven itself in numerous television productions well. So in order to offer our customers the best possible product we can, we are always looking for good solutions with which we can implement our long-standing know-how. Costs are important, of course, and need to be taken into consideration in today's economic climate but we have already found that in some areas, it is not always the most expensive that is the best solution.
We have always been satisfied with Softron Media Services' OnTheAir Video which we us a video player in our productions. Because we were searching for a better ingest solution our our OB van, we decided to give Softron's MovieRecorder a closer look. The technical descriptions and information aroused our interest, but the system had to demonstrate that it provided all the features we wanted. It needed to be flexible solution that allowed us to record with different codecs, it had to allow for the simultaneous recording on multiple disks, time-code recording enables and provide good audio recording. However, after initially testing other systems from other vendors, we were skeptical that Softron's software could hold is own in a tough production?
We built up test systemby installing the downloadable demo version of MovieRecorder. The first attempts looked really promising. Other features such as input-recording and auto file naming rounded out the good image that we now have of the software. Thanks to the support of Mike Skibra, Softron's Business Development Manager, we could soon take the next step and move the system into the field and conduct real-life practical and extensive tests. We built 3 ingest systems for testing using a Mac-based computer and equipped them with Blackmagic Design video cards. The recording of a television series was going to be the real test.
All in all, Softron's MovieRecorder has really stood out well. There were a few minor teething issues, but no serious problems. The systems are running clean and trouble-free and the recordings created are of excellent quality. The parameters passed to the cutter data on HD are now immediately available without the tedious duplication of a backup - a huge plus! We are very satisfied and look forward to using MovieRecorder in our upcoming productions. 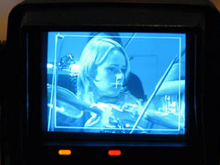 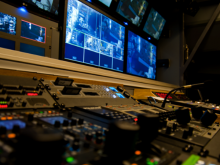